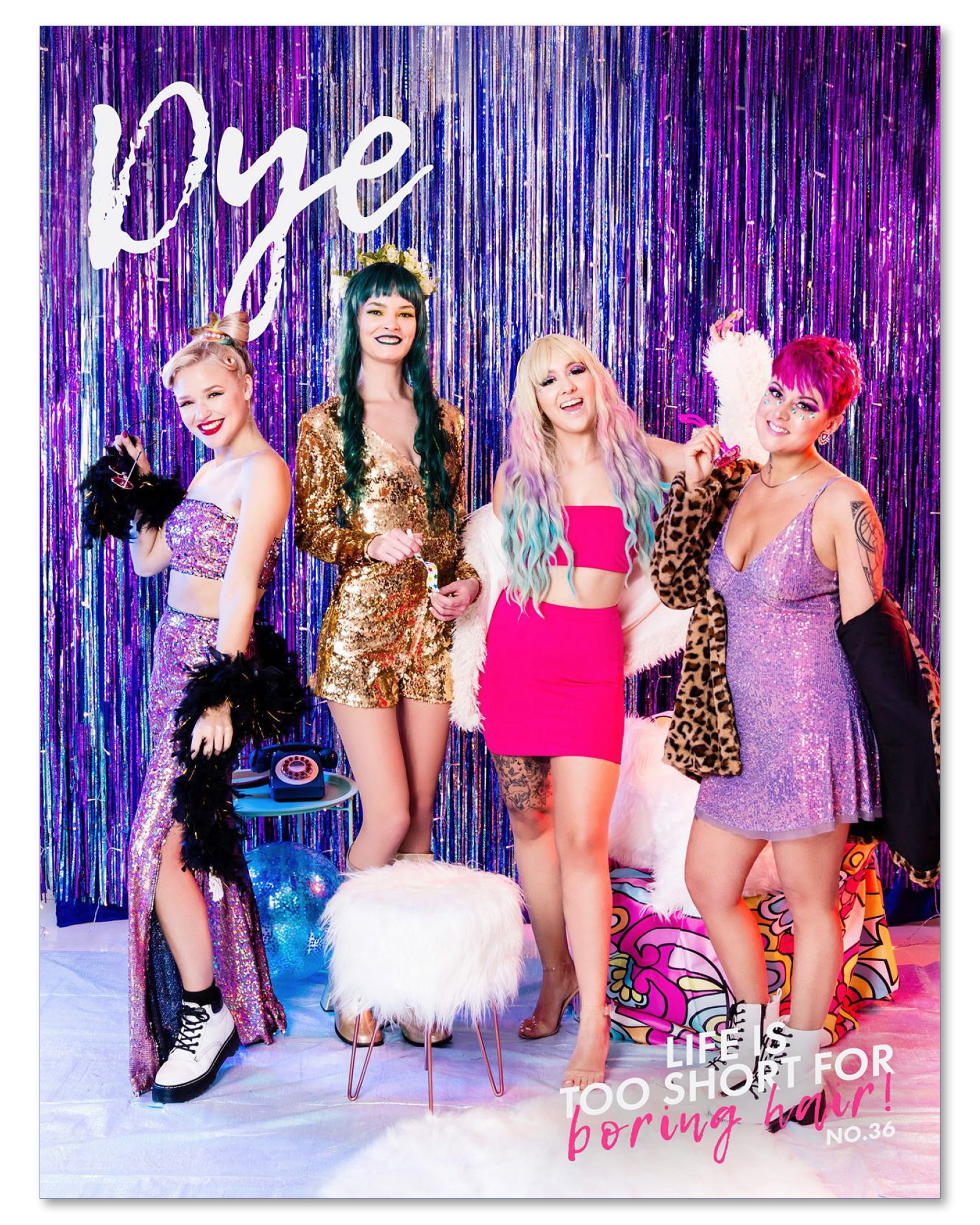 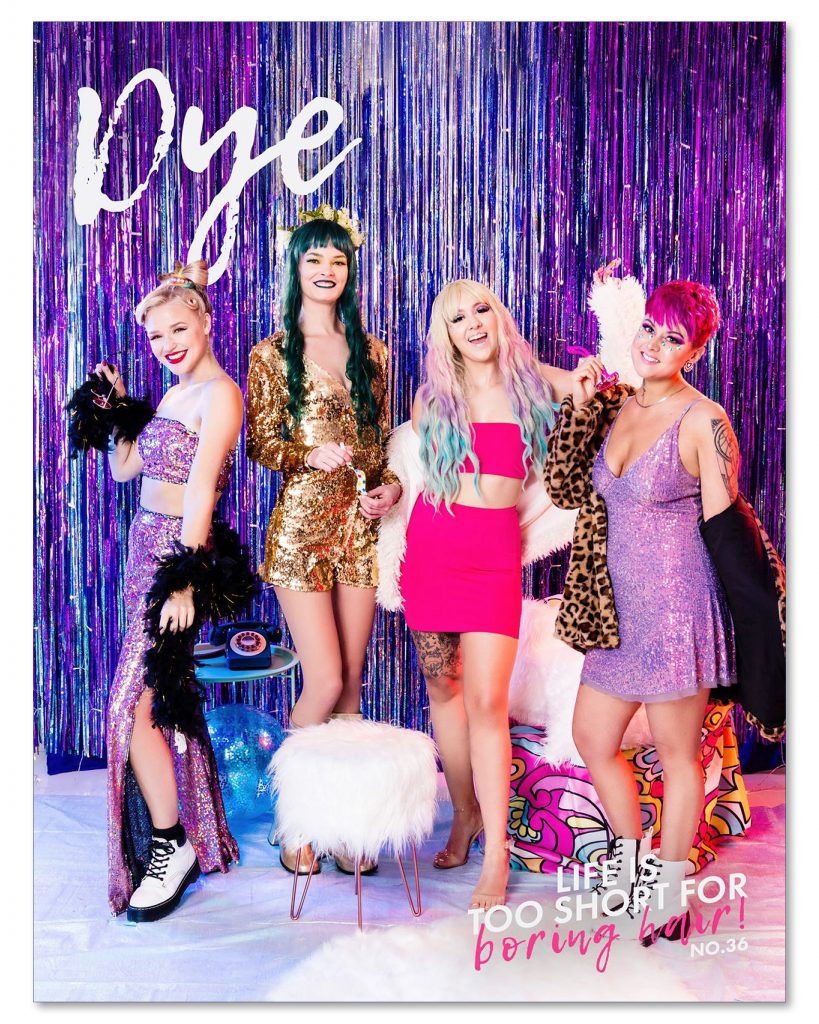 Students from TONI&GUY Hairdressing Academy in Washington, PA can now proudly add “published stylist” to their resumes. Dye Magazine, an industry publication that focuses on bright and colorful hairstyles, recently held a photo competition for their 36th issue. Formed around the theme of “Celebration,” the publication’s goal for the issue was to put the disastrous previous year behind us and look toward the future. Perhaps nobody looked forward to breaking out of quarantine and expressing themselves more than the creative students at TONI&GUY, who have had quite a year.

“With all of the restrictions our students have had to adapt to over the past year, this opportunity came along at a great time,” says MacKenzie Miller, Director of TONI&GUY. “Our students were so excited to do a creative fashion shoot with models. Once the series was accepted by Dye, they couldn’t wait until it would be released.”

Those students would have to wait more than two months to see the results of their efforts. 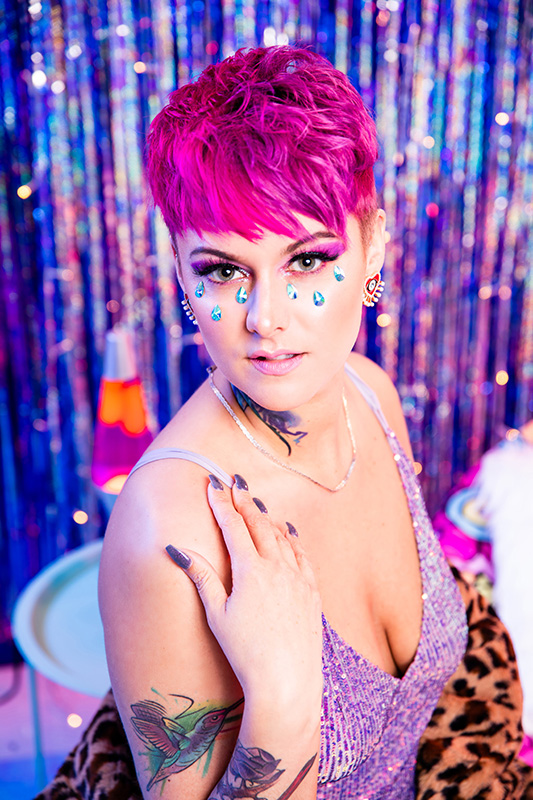 Dye began promoting the photo contest in December. That’s when it caught the eye of TONI&GUY’s administrative assistant Tabatha Rader.

“When I came across this opportunity on social media, I knew we had to jump on it!” says Rader. “This experience provided the opportunity for our students to experience working in a creative, yet fast-paced environment. With vast experience as a licensed professional working on film and print projects, I strive to share that experience with up-and-coming professionals any chance I get.”

The photo shoots took place over two Fridays in early February. With ten models to work with, student stylists had a variety of different looks to try. Because the magazine is built around colorful hair, and only a couple models allowed for their hair to be dyed, the stylists got creative by using wigs, extensions, and temporary hair coloring. In order to convey the idea of “Celebration,” models were adorned in sparkly dresses and otherwise New Year’s Eve attire. The set included shiny ribbon backgrounds, string lights, fuzzy chairs and rugs, a lava lamp, an old record player, and a whole lot of attitude.

By mid-February, the final edits were submitted to Dye, and fingers were crossed. In order to get the chance to win the cover spot, the photos had to be kept under wraps. Dye required control of the images until publication.

“It was quite difficult keeping the photos from our students,” says Miller. “We wanted to honor the confidentiality agreement with Dye, so we couldn’t take the chance of someone posting the pictures somewhere on social media.” 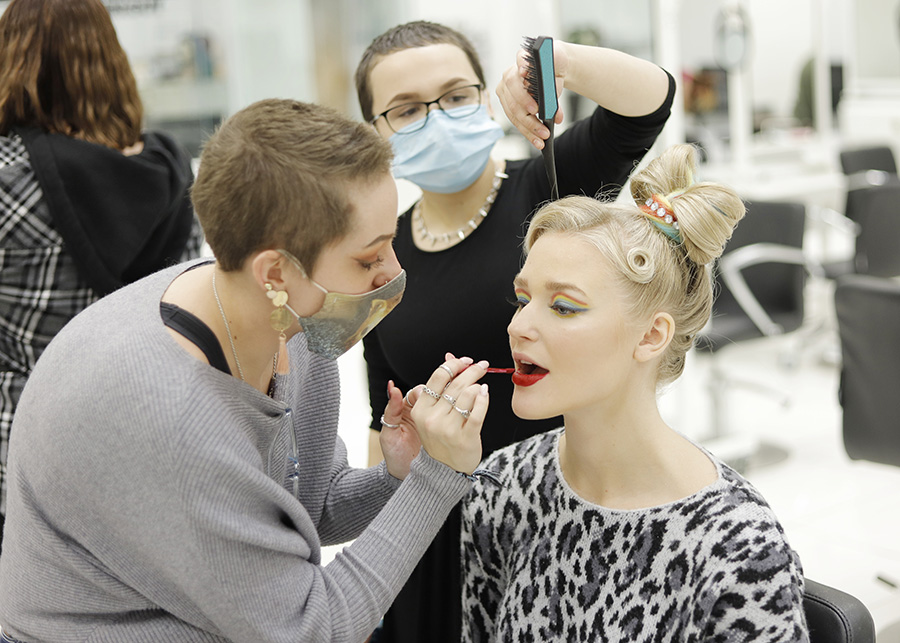 A couple weeks went by, then came the reply that their photo series submission had been accepted for publication. The school didn’t know they got the cover until the day before the release, on April 22.

“When they sent the final tear sheets, we were ecstatic to see that we not only had a 24-page spread, but also the cover!” says Miller.

“It was such an accomplishment. Our students really deserve it!”

Issue #36 of Dye Magazine can purchased at: dyemag.com