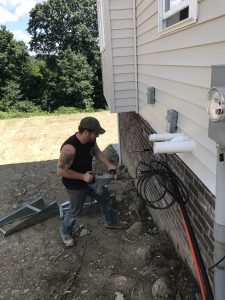 Nathan Ullom graduated from Penn Commercial Business/Technical School’s Heating, Ventilation, Air Conditioning and Refrigeration (HVAC-R) program in 2012. Nate enrolled at Penn Commercial right after high school and had a general idea of the field he wanted to get into. “I had family in the field so I was interested in it right out of the gate. I always worked with my hands from the time I was a kid working on trucks. So I decided to get into a field working with my hands.”

When narrowing down which specific program to choose, Nate considered carpentry, welding or even possibly the medical field. “I chose HVAC because you get a little bit of electrical, sheet metal, a vast variety of trades.” Before he started at Penn Commercial, Nate worked in construction and did some carpentry as well, working for the family business. Throughout both high school and his time at Penn Commercial, he also worked in restaurants as a cook. When choosing a school, Nate wanted something that would provide him with a specialized degree and something that could be completed in a shorter period of time. He chose Penn Commercial because it was a trade school as opposed to a four-year university, because of the great placement rate, and because the program could be completed in just 18 months.

Nate’s experience within the program did not disappoint. “I thought it was pretty well laid out. I liked how much time you got to spend in the lab, even when you were going through the electrical classes. I learn better hands-on, and not just reading through the book.” That being said, his textbook was a vital asset. “The textbook from there was one of the best things I got out of that place. It was based solely on the trade I got into. Any questions I have now, I still go back to that book and look through it.” 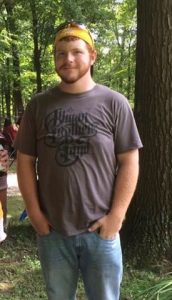 Upon graduating, Nate obtained a position at McMurray Cooling and Heating and has been working there ever since. His title is technician, and his responsibilities vary. “I get a little bit from every angle – service work, replacement work, installing in new homes being built today. We do a small amount of commercial work, but mostly residential heating and cooling.” His duties differ day to day, but usually he can be found working on rooftop units, putting in new equipment, replacing units that have been there for 20 years, or taking service calls to fix smaller issues. These are all things that are very familiar to him. “I like that I got to spend time in the labs with different instructors, letting us do mock service calls. I think that helped me a lot on the service end of my job today. They gave me service knowledge, which I wouldn’t have gotten just jumping into a field like this.”

Nate’s favorite part of his job is that he gets to be outside. “I like being outside more than inside all day. We do some work inside, but I like getting to be out in the weather. I don’t sit in an office all day; I’m out doing physical work. And I like how many different scenarios I get put in. I don’t do the same job every day. The tasks are different as the days go by, so I don’t do the same exact thing every day.”

Mock service calls were not the only part of Penn Commercial’s curriculum that made a big difference for Nate. He was able to learn the basics of refrigeration systems right off the bat. He was put in labs with bugged furnaces to find the problems and produce a solution. “I find the same problems now as I did then. They gave me the knowledge to understand why things are happening and how to prevent them in the future.”

Nate loves his job and thanks his family experience for helping him out. He had a family member who worked in the field and at McMurray previously, which helped him get his foot in the door. His family member actually went to Penn Commercial as well. “He worked there for 12 years after Penn. When I graduated, I got into the same company. Even 15-16 years ago, when he graduated Penn Commercial, that actually helped me out getting a job, too.” Nate also received his 608 Universal Certification through Penn Commercial, adding even more value to his resume. From this point on, Nate’s goal is to “learn about the trade as much as I can. And get the most knowledge that I can – to do the best that I can do – in this field. Possibly be on my own eventually in the future, running my own company, I would hope.” 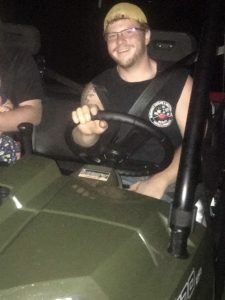 Nate has come a long way and continues to strive for success for the future. “Before Penn Commercial, I was a kid out of high school still living with my parents. Since Penn Commercial, I’ve gained the career I chose and I’ve gone on to buy my own house and property. I am self-reliant at this point and grateful that I am out on my own. I don’t need to rely on anyone else. The knowledge I have, to make the money I have, to sustain the life I am living now.” His education has impacted his life in such a significant way that he explained, “I would recommend Penn Commercial to anyone that’s trying to get out and do their own thing, and not spend four years of their life preparing to do their own thing. I spent less than half of that time and I feel I am doing as well for myself as I could be doing at this point.”

To achieve this level of happiness and success, Nate says, “My advice to any students that are there, or thinking about going there, would be really, really try to pay attention when you’re in that lab. When it comes to order of operations, furnaces and instructors bugging furnaces, really pay attention to what they tell you the causes would be for those service calls. You’ll see those service calls over and over. If you really pay attention to that, I think you’ll have a lot better time in the field.” 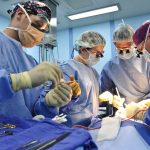 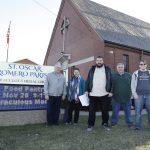 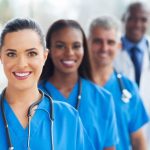